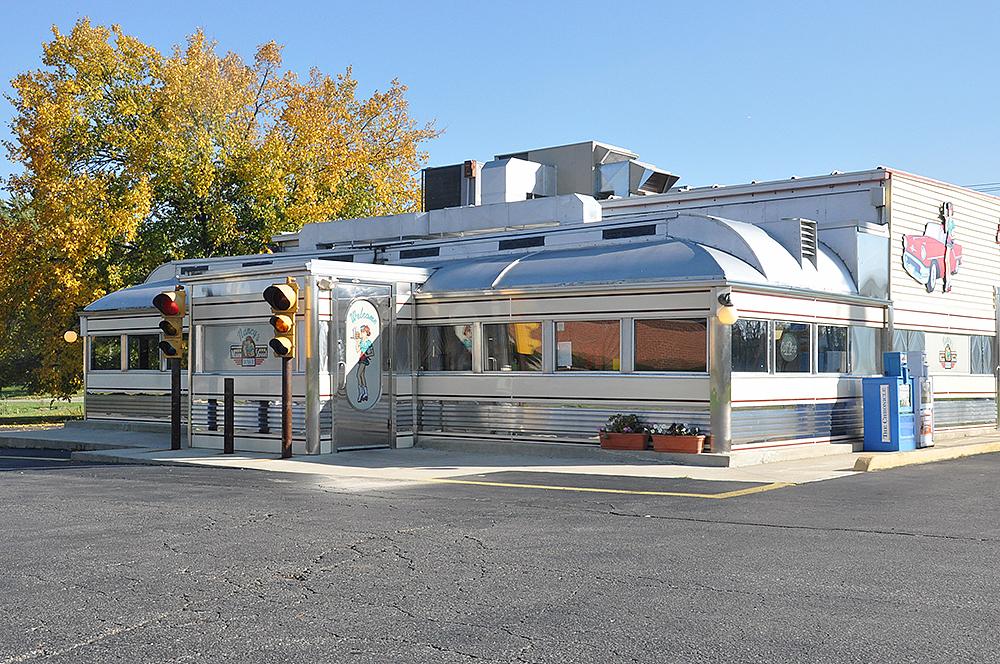 Nancy's Diner bounced around quite a bit before it finally landed in the Diversified Diners shop. It started out as Fern's Diner in Pennsylvania and then became the Windmill Diner in Ono, Pennsylvania. Diversified restore the diner and in 1995, sold it to the Log School in Boston that planned to use it as part of a program to train inner-city youth in food service. Known as the Big Dig Diner (after the major tunnel project underway at the time), the diner saw little use during this period. Eventually the program came to an end, and we brought the diner back to Cleveland in 2006 for some light maintenance.

In 2007, Denise and Rick Shutek purchased the diner from us and installed it at its current location along Main Street in Grafton, Ohio southwest of Cleveland in 2007. Nancy's serves classic diner meals  to a grateful community.