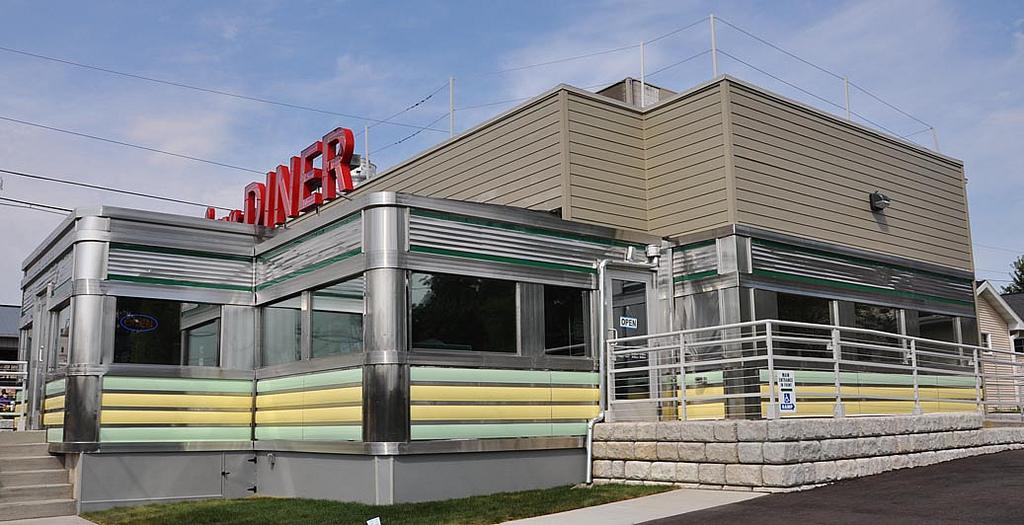 The Broadway Diner was located in Groton, Connecticut and operated for many years as Rosie's Diner. It closed in 2006 to make way for a replacement. We completely replaced the exterior porcelain panels, installed new furniture and fixtures, and upgraded all the utilities. Today, it operates as the Broadway Diner in Baraboo, Wisconsin. It is a Silk City number 5555. 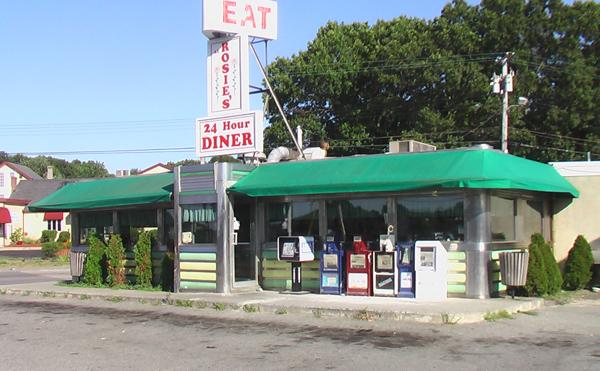 The diner still located in Groton, Connecticut as it appeared just before we bought it. This was a 1954 Silk City originally shipped to Groton CT and operating under the name of the Twin Bridge Diner. It later became known as Rosie's Diner and operated until 2005. In 2007, it was replaced by a custom built diner replica.